Looking for something to do in Romford? Whether you're a local, new in town or just cruising through we've got loads of great tips and events to offer. Find out what’s on in Romford with our regularly updated events calendar featuring the best upcoming events in Romford and the area.

This guide lists events at a glance, showing what’s on each month. See the highlights of What’s On for Romford, featuring the best of things to do in Romford – Live Music and Gigs, Family Events, Art & Culture, Food & Drink and much more. Romford fundraisers and charity events. 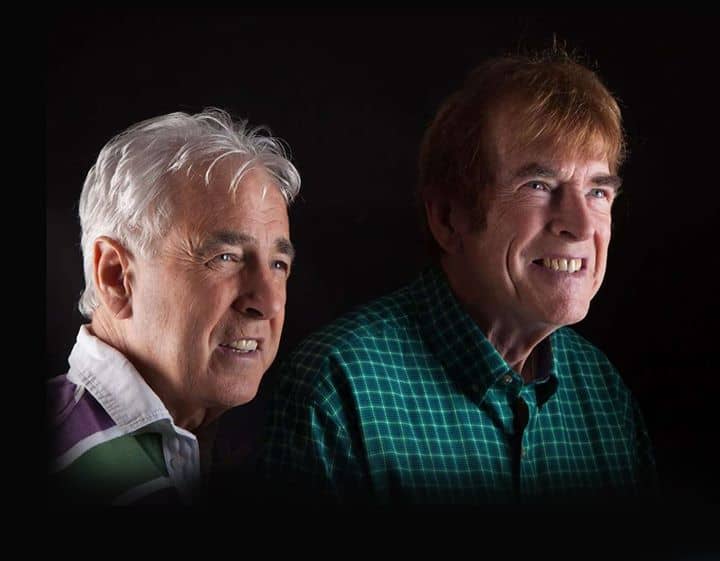 Throughout the early sixties The Bachelors outsold The Beatles and had more chart hits than The Rolling Stones.

Con and Dec are the original voices of the 1960’s supergroup who’s list of hit records and dynamic, fast–moving stage show confirms the remarkable popularity of this exceptionally popular Irish act who are regularly copied and imitated but never matched.

During the swinging 1960’s, The Bachelors had many successful songs in music charts throughout the world. Some of the most successful were Charmaine, Diane, I Believe, Ramona, I Wouldn’t Trade You for the World, Marie (written by Irving Berlin) and In The Chapel in the Moonlight. In 1965 they had the “most played juke box track” with The Stars Will Remember. Their last big hit in the UK was a cover of the Paul Simon song, The Sound of Silence which reached No. 3 in April, 1966. Throughout the 1960’s, The Bachelors racked up hit singles and albums, made guest appearances on all the then-current TV shows and appeared in two Royal Variety TV shows. In 1963, they starred in It’s All Over Town with Frankie Vaughan and The Springfields and the following year they appeared on the TV show Sunday Night at the London Palladium, then hosted by Bruce Forsyth – the episode achieving the largest viewing audience ever for this very popular show.

Book early for an evening of pure pop nostalgia not to be missed.

If you have an event, that you would like to be featured on our Events Calendar, please visit Free Event Listing.